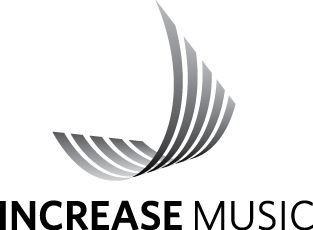 Consisting of two components, the band rehearsal component and the instrumental method component, Musical Magic is able to target issues that, simply by the inherent nature of their design, standard band methods cannot address. See how we are different...

The reinforcement of musical concepts is critical for retention of material...

Musical Magic reinforces concepts in a fashion that is deliberate and logical. Songs, etudes, and exercises are structured to give students experience with each concept in a variety of settings.

Pacing may be the most critical factor in determining whether a student keeps up or gets lost along the way...

One of the foundations in the design of Musical Magic is the idea of logical pacing. Concepts are scaffolded in a way to build upon each other, and every concept is given sufficient 'face-time' before more advanced ones are introduced.

Instrument differences must be accommodated for in order to ensure continuity of learning for each student across all instrument groups...

Musical Magic wanted to create an alternative to method books that, by design, were not able to adequately address the differences between instruments. Decisions regarding starting notes, ranges, articulations, and other musical concepts were able to be individualized for each instrument, aiding in the development of good habits and maximizing the probability of student success.

Ultimately, the music needs to stand on its own in order to keep students engaged...

Pieces for beginning band should have musical merit of their own accord. Whether tried-and-true songs that students already know, new songs that demand the development of reading skills, or exercises that isolate specific concepts, Musical Magic draws from the notion that at its very foundation musical material must be of high quality.

How they are designed to be used:

As a supplement to other methods on the market 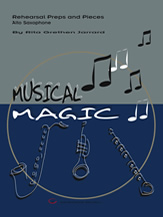 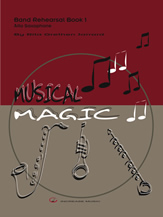 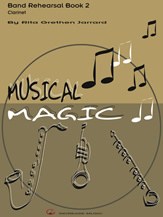 Band Rehearsal Book 1, Band Rehearsal Book 2, and Rehearsal Preps and Pieces work well as concert literature and supplementary material for other methods on the market. The books have many fully arranged well-known pieces and original compositions, as well as plenty of exercises designed to target and develop common challenges for the young musician.

These books are designed to be used as the full rehearsal component that complements Musical Magic Book 1 and Musical Magic Book 2. The concepts covered in the rehearsal books line up with the instrumental method books, which constitute the lesson portion of the series.

How they should not be used:

Band Rehearsal Book 1, Band Rehearsal Book 2, and Rehearsal Preps and Pieces are not designed to be a stand-alone band method. In these books, students are exposed in the full rehearsal setting to concepts that are introduced and elaborated on in Musical Magic Books 1 and 2. The two components form a complete method. 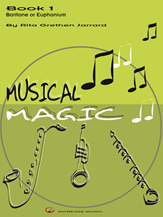 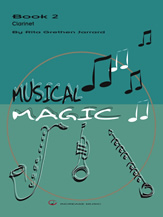 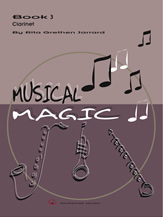 How they are designed to be used:

Our band program has a lesson program, but do I need like-instrument groupings in order to be able to use Musical Magic Books 1 and 2 in lessons?

Your lesson groupings should be mostly homogenous. It is the feeling of many music educators who use Musical Magic that the benefits far outweigh any adjustments that may need to be made. These teachers have found that prior to using Musical Magic, even with one hundred percent like-instrument settings there is a lot of 'grouping within the group.' Because students progress at different speeds, the need to have students at different places during the same lesson time slot often becomes a necessity, regardless of what lesson book is being used in the program. Realizing this, it becomes apparent that there is little difference whether there are four trumpet students in a lesson with students in two different places in the book, or a group of three clarinets and one oboe, with the three clarinets on one page and the oboe student learning different material. Because Musical Magic addresses items such as starting notes, range issues, etc. in a way that is optimized for each individual instrument and therefore sets students up for greater success , exercises do not necessarily line up from one instrument to the next. A small amount of grouping of non-like instruments can be accommodated then, based on schedule, teacher preference, program numbers, etc. Homogenous lesson groups are preferred because they are easier to manage - the individual teacher must decide what kind of adjustments need be made to accommodate non-like instrument groupings.